The transformation from "big board" to "big porcelain slab" symbolizes the comprehensive qualitative change of the Gold Medal tiles, that is the call of the times, and it is a major evolution after the internal strength of one's internal training to the top of a stage-from the tile to Home decoration material with full decoration function.

It must be precipitated before qualitative change. Since the end of 2016, Gold Medal has started to negotiate with Weststream Porcelain Slab Division. The construction of the porcelain slab production line began in May 2017. On November 23, 2017, the Gold Medal tile porcelain slab production line was officially ignited and put into production in 2018. Introduce imported equipment and build a deep processing line for porcelain slabs, which will be officially launched to porcelain slabs. After time's improvement and precipitation, the Gold Medal ceramic tile has broken through the boundaries of the tile and was promoted to the high-end home decoration material of the big rock board.
Since February 2019, the Gold Medal big tile advertisements will be broadcast during the prime time of the CCTV news channel. The simple and vivid contrast between the elephant and the big board has left a deep impression in the hearts of many people.

According to the statistics of CCTV Market Research Co., Ltd. (CTR):

2. The cumulative exposure of people over the age of 25 in 29 provinces across the country exceeds 560 million, covering nearly 135 million people.

4. In the first half of 2019, the gold medal CCTV ranked third in the overall industry. 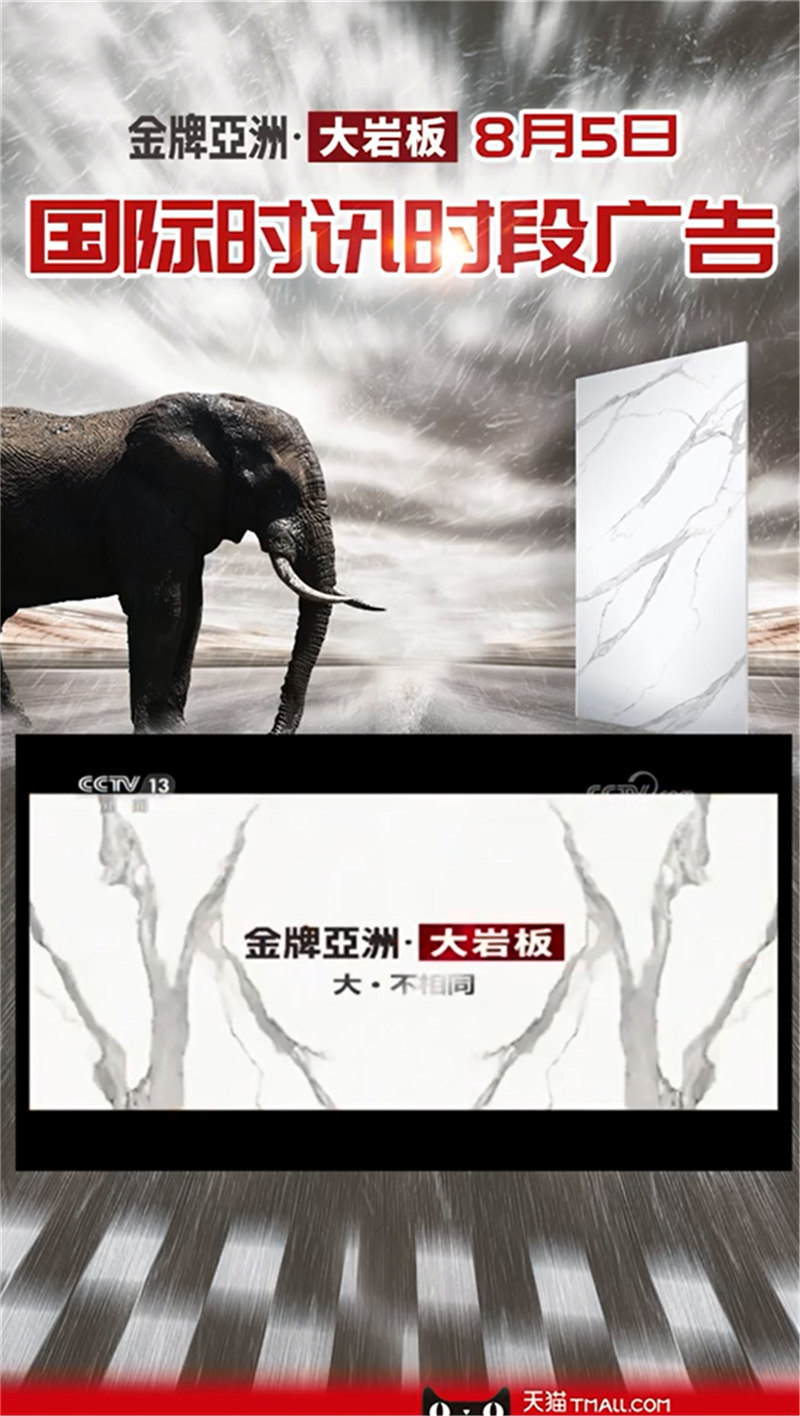